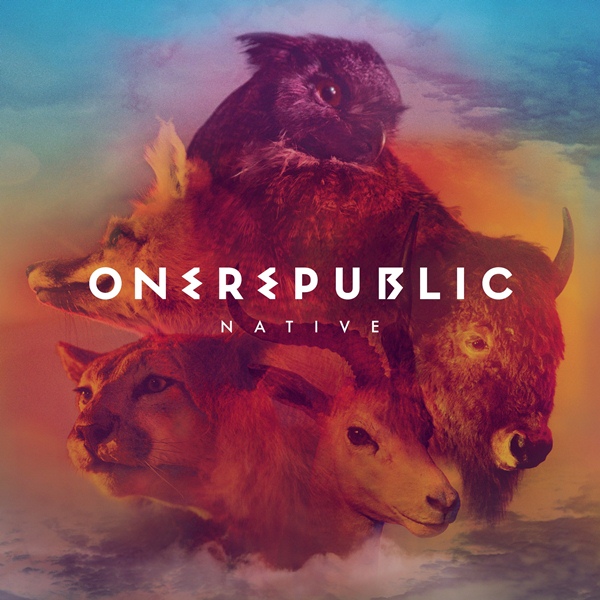 OneRepublic's Junior set opened up at No.4 on the Billboard 200 with 60K sold, and has been modestly successful in other territories. It also holds a 63/100 on Metacritic, which indicated favorable reviews. But how well does the album shape up here? Check it out to see.

A super funky tune, and great album opener. It's starts off stripped down to acoustic guitars, before swelling into a sweeping, dangerously catchy piece.  "Lately I been, I been losing sleep / Dreaming about the things that we could be / But baby I been, I been prayin' hard / Said no more counting dollars /
We'll be, we'll be counting stars." A+

2. If I Lose Myself
A futuristic track, though not at as sonically advanced as Rihanna's last LP. It could definitely find its way on to a Coldplay album with ease. The first two tracks have done a great job at setting up euphoria for the rest of the album, though you're left wondering, "What genre am I listening too?" A-

3. Feel Again
Starting off with a heartbeat before growing into a full band arrangement, the song is carried by Tedder's light falsetto (the same could be said for the rest of the albums tracks). With the classic "oh-oh" hook, it's shocking that this song didn't take off. But that's okay, because it can remain as an unknown gem to the rest of the world. However, this song could have served as a superior album closer. A-

4. What You Wanted
The first dud on the album. Nothing is super catchy like a true pop song, and nothing is lyrically stimulating like a true rock song. Thundering African drums make this feel like a lost track for the "Lion King" soundtrack. C

6. Light It Up
The Black Keys have arrived... I mean OneRepublic! A moderato track bolstered by a thick bass-line, before kicking into a B-Section. The B-Section doesn't rely as heavily on the strings, but Tedder's vocals would have found a home here. B

7. Can't Stop
The sunlight is gone, and is traded for some dark thunderstorms. Tedder has gotten some criticism for lacking emotion while singing, but his Frank-Ocean-esqué falsetto here screams heart break. It will be hard for this girl to deny that he "Can't stop thinking bout us anymore." A-

8. Au Revoir
The cellos here call back into mind there 2008 smash "Apologize." But this ballad is too heavy to be compared accurately to the latter. A notable change is that Tedder finally dropped the sky high notes for some darker bass tones, which is well appreciated. It's unfortunately not as interesting as the rest of its brother tracks. B-

9. Burning Bridges
"I'm building bridges that I know you never wanted ... I want you to burn my bridges down." Ryan. What the heck are you talking about? It's nice to finally get some mixed belts out of him instead of just mid-range chest tones and towering falsetto (how many times have I said falsetto in this post?). It's kind of happy, but it's a bit sullen at the same time. This is more suited for watching a sunset than driving in the day, compared to the rest of the album. B+

10. Something I Need
Acoustic guitars? Really? They still exist? It's a bit shocking when you hear them at first, because the entire album so far has relied on tribal drums, background synths, and electric guitars. This one just relies on the first too. "If we've got nothing / we've got us." If Justin Bieber sang that line, you could guarantee that 10 million girls would faint within the blink of an eye. A-

11. Preacher
The cellos return, the tribal drums finally make their exit, and the bass notes make a grand re-entrance, front and center. One of the few non-love songs here, and the song sticks true to the Christian formula, thanks to the gospel choir joining in mid-way. Whether you would hear it on Christian radio is debatable, but it's a simply stunning track either way. A

12. Don't Look Down
It's a nice album closer, but it's confusing at the same time. It doesn't add anything to the album, sadly it's kind of useless. C-

Overall, Native is an album filled with Tumblr-worthy lyrics, and euphoric single worthy tracks crawling everywhere. But there are two problems with this album: The first: is that you essentially listen to the same song 12 times in a row. But as long as its the same good song, it's a less horrific offense. The second: Tedder needs to start using his range more liberally, instead of using bass notes on some songs, and soaring falsetto on almost every track. He could actually carry a song without summoning his inner-soprano, but he chooses not too, which is quite irritating.

Vocals: A-
Lyrics: B+
Instrumentation: B
Overall: B+