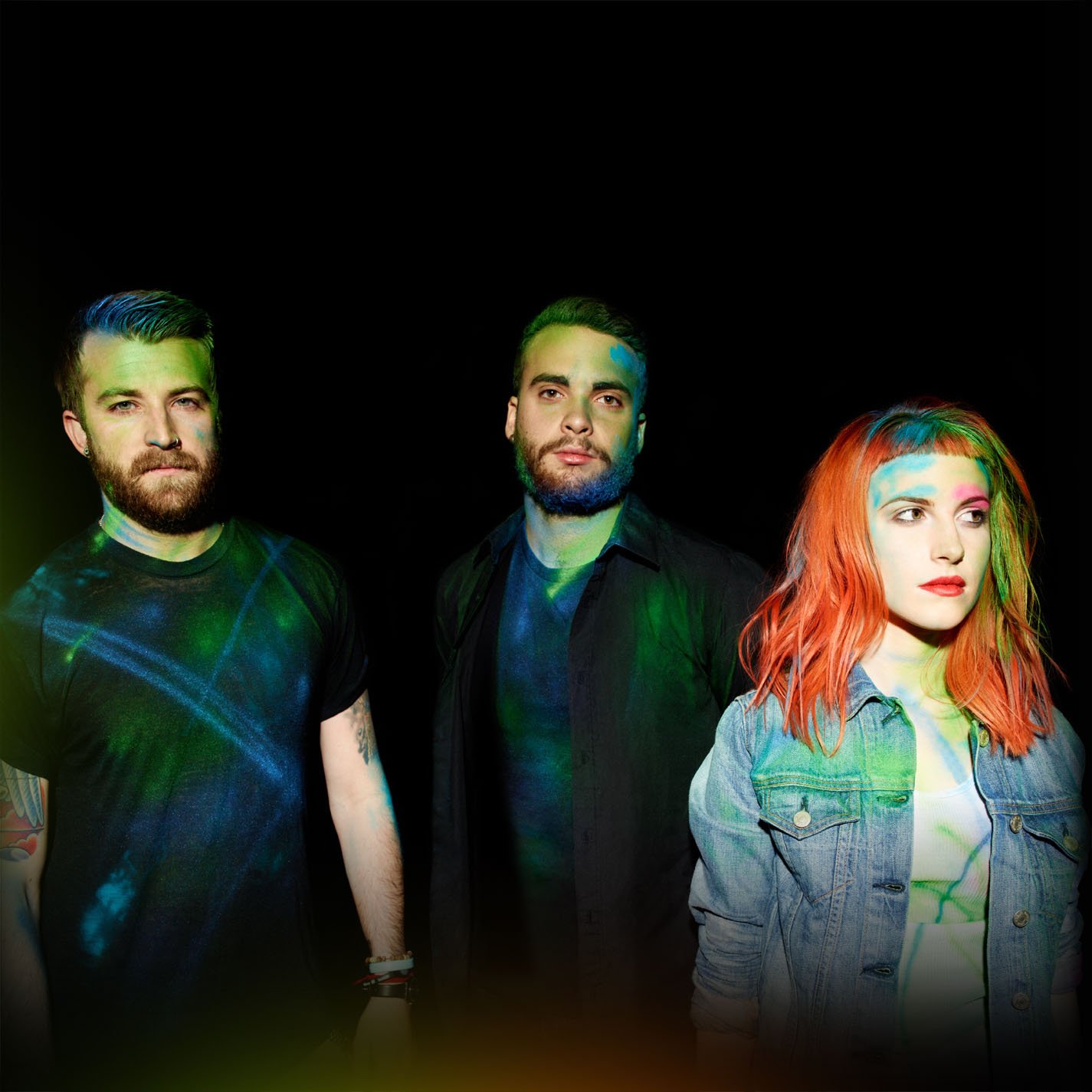 Paramore makes their long-awaited comeback to the Alt-Rock world, after a 4 year album hiatus following their No.2 album Brand New Eyes. It's their first album since two founding members left the group to leave room for a trio. The set is poised for a No.1 debut on Billboard, with 110,000 copies.

Fast In My Car: After epic album openers "Careful" and "For a Pessimest, I'm Pretty Optimistic," this song had some high expectations to fulfill. And sadly, it just went under the bar for album opener status. It didn't have the epic chorus of guitars like "Pessimest," or "Careful's" swagger. It's understood why it was chosen for the opener however, lyrically it discusses the Farro brothers leaving the band. "Been through the ringer a couple times / I came out callous and cruel." Ouch. Lyrically, its right there for album opener, but the instrumentation still feels slightly lackluster. A-

Now: Something about "Now" just feels empty. It doesn't really go anywhere, the only unexpected thing about it is the hollow chorus. Probably the albums worst, which is still pretty good. And Hayley, were you showing off some whistles in the bridge? B-

Grow Up: Funky, engaging and instant sing along. The chorus is pretty simple, but so catchy, and so good. Choice lyrics? "Some of us have to grow up some times / And if I have too, I'm gonna leave you behind." A

Daydreaming: This should have been the album opener. The instrumentation and the lyrics just scream for the position. It's a roller coaster, starting off fast, slowing in the verses, before erupting in the chorus. The drum crescendo is just an added bonus. A-

Interlude: Moving On: Don't expect much from the interludes. This one, just like the rest, relies purely on a ukelele and Hayley's vocals. Its relaxing, but uninteresting. B-

Ain't It Fun: A lost track from the second half of Brand New Eyes, Ain't It Fun musters what Paramore does best: Euphoria. This super catchy jam describes a rookie in the "real world," "Ain't it Fun? / Living in the real world?" Well if this song is what the real world is all about, it sure seems damn fun. A+

Part II: The true album stand out right here folks (also another candidate for album opener). The sequel to Paramore's first true rock song, Let The Flames Begin, Part II hits the highest mark on every aspect. The chorus is a blast of energy, with the same energy its predecessor produces. Hayley slays the vocals on here as well, even with that god awful key its in. The lyrics are eerily similar to Flames, which is why it has become a fan staple. "What a shame, what a shame we all remain such fragile broken things / A beauty has betrayed / Butterflies with punctured wings." Hayley, why are you still broken? A++

Last Hope: Ah the first ballad arrives. Its more of a slow jam, but hey, same concept. The lyrics here are some of the best, and most iconic they've ever produced.


And the salt in my wounds isn't burning anymore than it used to
It's not that I don't feel the pain, it's just I'm not afraid of hurting anymore
And the blood in these veins isn't pumping any less than it ever has
And that's the hope I have, the only thing I know that's keeping me alive

Damn Hayley. Somewhere in the distance, P!nk feels a disturbance in the force. A

Still Into You: Probably the most blatant pop song on the album, if not the most blatant of their career. Into You snatches you up like a trap, getting your attention with the Careful-esque opening, before swelling into the hook filled chorus. The vocals here are exceptional, Hayley seems the most connected with this song, no one will be doubting that she is in fact, Into You. A

Anklebiters: Another Eyes lost track, this song feels like a sequel to Looking Up. The song is way too short, the amount of energy it creates in just 137 seconds is crazy. The chants in the verses, and the screams in the finale are going to make this song a live favorite. A

Interlude: Holiday: Can't you just picture laying on the beach listening to this? Well, the same can be said for any of the interludes. B+

Proof: "My heart is bigger than the distance in between us / I know it because I feel it beating" Hayley is on point lyrically on this album. Paramore is growing up, and the only proof you need, is this song.  A

Hate To See Your Heart Break: Paramore fans are going to hate me for criticizing this fan favorite. It has its good features, like Hayley's stunning low notes and lyrics, however it fails to go anywhere. Frankly, its dull. B-

(One of Those) Crazy Girls: Hayley, have you been spending too much time hanging out with you friend Taylor Swift? Because you sure as hell are coming off as one of those crazy girls. "When you say you wanna slow down / Does that mean you want to slow dance?" No. It doesn't. Hide you kids, hide your husbands, cause Hayley is gonna find them all. As for the song, it actually kind of sounds strangely sweet. Which makes it all the weirder. It's so weird, it becomes good. Like, really good. A+

Alone: "You should be alone with me." Genius or stupid, I cant decide. The most blatant album filler on the album. B

Future: The entrance is so strangely genius. Its simple, its haunting, it paints the picture of what the song is about, the future. By far, its the best instrumentation on the album, Jeremy and Taylor finally get a chance to truly shine. Hayley's vocals, the guitars, and the lyrics magically display the songs meaning. It could definitely stand to have about 2 minutes trimmed off however, it starts to lose its daydreaming aspect and treads into monotonous. A

Overall, its hard to say anything cumulatively negative about the album. Its not perfect no, but its pretty darn close. The lows here would be a highlight on most albums any day of the week. Paramore has shown tremendous growth with each album, from kids on Falling, to teens on Riot!, to young adults on Brand New Eyes, and finally to adults on Paramore. Its amazing to see that from good albums, they make great ones. Buy this album, and the rest of their discography. The next one will be perfect, I can almost guarantee it.

Vocals: A-
Lyrics: A+
Instrumentation: A
Overall: A